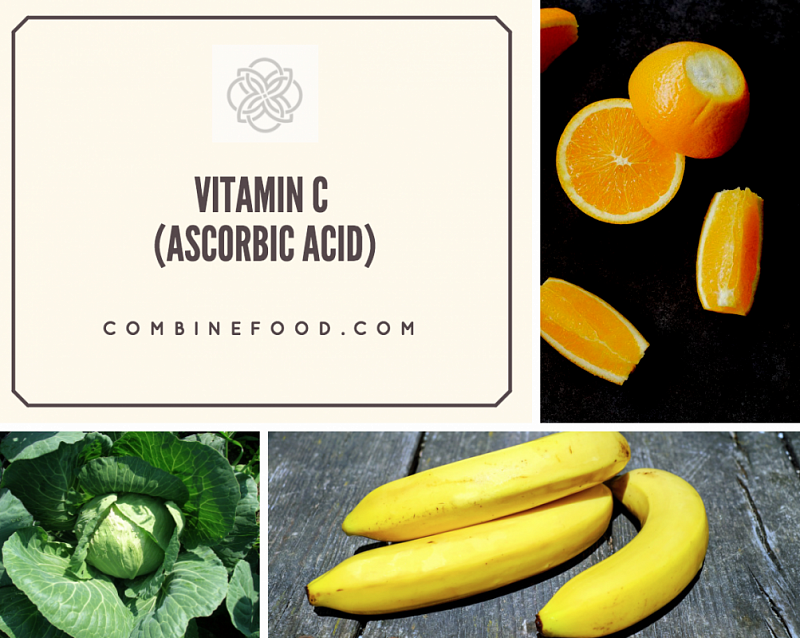 Deficiency of this vitamin is probably the most common one, as it is not contained in cereals, bread, pasta, canned products. It is also scarce in meat, especially when it is old. Moreover, vitamin C can be significantly destroyed in the process of cooking.

Organism usually stocks up some reserves of ascorbic acid, but already in 1-3 months of its limited consumption a person can start suffering from fatigue, sleepiness and weakness. Then legs start aching and the skin becomes dry and rough. The immune system stops functioning normally and a person falls ill easily. In some more weeks the first symptoms of C avitaminosis, or scurvy, appear, such as bleeding gums. Later, small and then large hemorrhages in the skin, muscles and junctions, especially in the legs can also occur. Real scurvy is rarely encountered nowadays, but hypovitaminosis C is quite a common problem. It usually happens in the spring if a person does not control his diet.

The best preventive measure is of course to eat nutritious natural food. In winter and spring, in our conditions we can eat cabbage (raw and sauerkraut), potatoes, veggies, oranges, lemons, dry mushrooms, frozen berries and bananas. There is not as much ascorbic acid in bananas as in potatoes, for example, but then bananas are eaten raw and the vitamin does not get destroyed. And then in May people already start making nettle and aegopodium salads and other things.

However, it is important to keep in mind that ascorbic acid is absorbed mainly in the small intestine, so people with bigger intestine and stomach might not receive enough of it despite following a normal diet.

Unfortunately, cases of vitamin C excess are very common. Knowing that it is important and that it cannot be synthesized by the organism, many people start taking it in the form of drops and candies. Those drops are small and tasty and there are bigger pills containing glucose and ascorbic acid made for children that often taste even better than candies. Because of that, people can eat a whole pack instead of 1-2 drops per day. This leads to metabolism disorders, accompanied (when adults consume more than 1 gram of ascorbic acid) by high blood pressure, headaches, insomnia and excess of sugar in urine. However, some people manage to heal and stay efficient while permanently taking big doses of ascorbic acid. Probably in this case it is their confidence in positive effects of ascorbic acid that helps them. Clinical data also depends a lot on experimenters’ conviction. Physicists obtained some curious data in this respect. Scientists discovered microscopic particles, behavior of which is subject not to just any theory, but to the one the experimenter believes in. This proves a crucial role played by subtle planes influencing material objects. (Superconscious layers of our minds make part of subtle planes). In case of pregnant women excess of vitamin C can lead to miscarriage (ascorbic acid intensifies uterine contractions).

However, sometimes consumption of a bigger quantity of vitamin C is advisable, for example, before and after surgeries, after traumas, burns, chilblains and many diseases. But of course, it is better to receive the necessary doses of vitamin C from natural products. Say, as a preventive measure for postpartum bleeding, women are often prescribed 150 mg of vitamin C per day during the last one and a half months of pregnancy. But why do not future mothers obtain the necessary vitamins from fresh fruits and vegetables instead of taking pills? Such natural products also contain a whole complex of other vitamins, valuable organic acids, mineral salts and cellulose.

Since we started talking about pregnancy, it is worth commenting on the bad habit of eating “for two”, especially when it comes to very nutritious foods such as bread, meat, butter etc. The fetus does not need that at all. It will always obtain necessary proteins, carbohydrates and fats from its mother’s organism even when she is starving. (Surely you should not let yourself starve, that will not do any good. And emaciation during pregnancy will do much more damage to the mother’s organism than for the fetus. It is known that even if a mother is dystrophic, a fetus receives almost a normal amount of nutrients. For example, in case of deficiency of some substances pregnant women can lose their teeth, as the salts contained in them are consumed by a growing child. That is why it is written in Gyushi “If a pregnant woman wants to eat something, even if it is poisonous, give it to her, but just a little”. )

The same does not hold when it comes to vitamins, salts and some other substances. If their concentration in the mother´s body is not high enough, then the fetus will be deprived of these essential substances.

However, you also do not need to eat fruits when you do not want to. Overeating leads to digestion and metabolism disorders and weakens organisms of both mother and her child. If your diet consists mainly of healthy products, then you can calmly rely on your feeling of hunger and not eat more than you want to.