Articles What do we eat for?

What do we eat for? 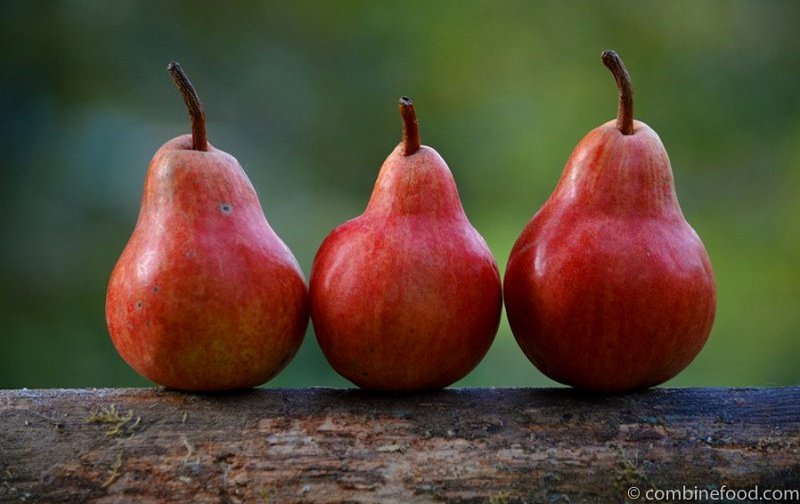 But really what for? Different people approach this question in different ways. There are people who are clearly gluttons. They learned to get from food the greatest pleasure that often substitutes all the other human joys for them. The pleasure is what matters most in this case, they usually do not think about physical health and spirituality. And even if those thoughts come to their minds, the aroma of food on their table leads them to complete surrender.

The opposite type of people can be called ascetics. Those are giants with iron will, suppressing their feelings by all the means. Ascetics eat only when it is necessary.

The third category is probably the most numerous – it is “normal” people that live according to ideas acquired in their early childhood, such as “meat gives you strength”, “eat breakfast like a king, lunch like a prince and dinner like a beggar” and etc. They are programmed since childhood and they do not even think about changing their nutrition (and therefore their lives).

And finally there are those whose motto is “Eat to live, not live to eat”. Such people wisely follow the voice of Nature, enjoy its fruits with pleasure, starve if necessary and do not make a big deal out of the alimentation process. But anyway, everyone or almost everyone needs to eat. Coming back to the title of this chapter, let’s look at what exactly food gives us and how it influences people.

Yes, part of the nutrients is used as building material for our bodies. Though our bodies seem to be in a stationary state, they are constantly being renewed. Some cells die and others are formed to replace them. The regeneration speed depends on the type of cells and on the general intensiveness of metabolic processes. It is also influenced by heredity, lifestyle, environment and even the way one thinks.

On average our flesh completely renews in 4-5 years: muscles, skin and bones – everything, except for nerve cells. Some tissues renew faster, e.g., blood is renewed in just 3-4 months, and some slower. I remember a woman who couldn’t believe that in every 5 years there is nothing left in her body from what was there before. But it is not made up, it is real. Children study it in biology classes in schools nowadays.

All cells live, divide and die. Dead cells are still usable. They give some energy and materials (mostly proteins) for new cells. Some proteins are synthesized by intestinal microflora from indigestible compounds. In special conditions (for example when starving or during special breathing exercises), proteins can be formed even in normal cells using carbon dioxide, water and nitrogen. Nevertheless, most building materials are incorporated from food.

Obviously, along with those purely building materials, food provides our bodies with “auxiliary” substances responsible for various reactions, influencing our immune system and other functions. We will talk about this in more detail later.

For the vast majority of people food is the main source of energy. Organic substances contained in different products oxidize and release their hidden force – chemical energy. Due to this energy we maintain the temperature of our bodies, move, synthesize necessary substances, in other words, we live thanks to it.

But the energy in digestible compounds does not appear on its own. Plants receive it from the Sun – let’s remember the famous photosynthesis reaction, during which inorganic substances are used to form proteins, fats and carbohydrates. Animals grow by eating plants or other animals. So all our food has “sunny” nature and so do we, the people.

In the beginning of this chapter it was said that for the majority of people food is the main source of energy. However, there are people who are able to live without or almost without any food, for example, some yogis. There were also Christian saints who lived without eating (St. Catherine of Siena, St. Elizabeth of the Trinity and St. Nicholas of Flüe, also known as Brother Klaus, among others). The most famous among them is probably Therese Neumann, who wasn’t consuming any food or water during 39 years. Therese Neumann was studied by different scientists many times and the fact of her unusual ability to survive without food was confirmed, however the mystery of this phenomenon has not yet been solved.

There are many types of energy that have not been discovered by science yet. And as denying the fact that the Earth revolves around the Sun cannot stop this cosmic movement, not knowing about those subtle energies does not cancel their effect. Furthermore, yogis state that just a small part of forces present in the word can be perceived on the physical level.

No one will deny that food brings joy to people. This way nature took care of autoregulation ensuring the continuation of life. An empty stomach causes discomfort and unpleasant sensations, which make people start looking for food. On the contrary, when you satisfy your hunger, it stimulates the pleasure center in the brain. Classical “carrot and stick” approach.

According to scientists, animals receive the majority of positive emotions from eating. For people this “hunger – satisfaction” scheme also works fine, but they experience many other joys not available to animals.

In yogis’ opinion, pleasure, as well as other feelings and thoughts, is connected to energies of different subtleness. To feel well a person needs to receive some minimum of those energies on a daily basis. In case a person does not get enough positive thoughts and emotions, his psychical balance is disturbed and, as a consequence, he becomes more inclined towards physical pains and illnesses.

The following experiment was conducted in a kindergarten. A group of psychologists researched different factors influencing children and divided them in three groups: positive, negative and neutral depending on a child’s reaction – if he was attracted by the source of this influence, if he tried to avoid it or if it didn’t cause any reaction. Depending on the intensiveness of children’s reaction all the external stimuli received different amount of positive or negative points. After a long observation it turned out that children with a positive “emotional result” felt very well, but those children who after three days had a negative result fell ill (three days is an average period, of course).

The same applies to adults. For physical and psychological health one needs to be in a good mood. But when there is a lack of “internal light” and life seems grey and miserable, many people do not see a better way out other than eating a lot to forget about their sadness, boredom and offences. On the contrary, when a person is captivated in the process of creativity, love, victory or anything else, he does not feel like eating until the real hunger (the “stick”) comes.

But psychological influence of food is not all about pleasures. Products also provide us with various subtle energies. These fields cannot be perceived by unprepared people or measured by normal devices, but one cannot doubt their existence. Yogis, people with extrasensory perception and many children feel or even see them. These vibrations influence energetic centers that have energies of a similar origin. There are quite many of those centers, called chakras, among which we can distinguish a few main ones. Every chakra normally interacts with very defined types of energies. Extrasensory individuals can differentiate those energies based on their color, density, taste, smell and other perceptions.

Like our internal organs, the energetic centres have their specialisations– each of them in normal conditions fulfills just its own functions. A person can be in different states: joy, inspiration, hunger, tiredness, anxiety etc., and these states are directly connected to exciting or suppressing corresponding chakras. By leading yourself into a desired state of mind, you can change your own energy. At the same time, a change in energy can lead a person into a new emotional state.

Examples of such external influences can be found everywhere. Let’s say you witness an argument that does not concern you in any way. In the midst of passions there are various energetic flows that influence your aura, and then your mood becomes worse or your head starts aching or you suddenly want to laugh…

Similarly every type of food gives you something. This something influences your chakras, and as a consequence, your psychological state. So it turns out that the famous expression “You are what you eat” has a much deeper meaning. Our bodies are built of food, and our feelings and minds depend on it.

According to the Vedas, sacred Indian texts, all products can be referred to one of the three gunas. There is no single word in English language that could translate the word “guna”. The three gunas constitute the very essence of this world that is present in all the existing things and beings. Bhagavad Gita says: “Foods liked by people in the guna of goodness increase the duration of life, purify one's existence and give strength, health, happiness and satisfaction. Such foods are sweet, juicy, fatty and palatable. Foods that are too bitter, too sour, salty, pungent, spicy, dry and hot, are liked by people in the guna of passion. Such foods cause pain, distress, and disease. Food cooked more than three hours before being eaten, which is tasteless, stale, putrid, decomposed or unclean is liked by people in the guna of darkness” (Chapter 17, verse 8-10).

If a person is in the guna of darkness, he can, of course, eat food that influences his lower chakras. Such food provides him with the energy he is used to, that leads to laziness, ignorance, sleepiness and indifference. If a person is in the guna of passion, his higher energetic centers are activated. Such people not only think about satisfying the needs of their bodies and sense organs, but they are also striving for action and other passions. Their actions result in profit, be it real or imaginary. Pungent, exciting food, stimulating drinks resonate very well with their dominating chakras. And those who strive for spirituality at some point are not able to eat many “normal” products anymore, as they just feel disgusting to such people. Food with low energy spoils the crystal purity of thoughts and aspirations; it also has a negative effect on their occult abilities.

Summarizing, we need to eat for the sake of our physical bodies which require physical food. But, as we have just explained, normal products do not just provide everything necessary for building and renewing our bodies, but they also have a strong psychological influence on us. And by choosing a specific type of food we opt to become calm or excited, active or lazy, cheerful or sleepy, kind or angry. Of course, no one can become perfect just by following a specific diet, but it can contribute to or impede physical, intellectual or spiritual growth, help us or hinder us from becoming what we want to be.